Catching up on the rest of the trip!

Well, it's been two weeks since my return from my fabulously restful busy vacation! At the end we were doing so many things and the internet was spotty that I decided to unplug from the digital crack. I have to admit that I enjoyed it more, I actually long for the days of pre-cellular phone/camera. I do enjoy documenting things, but at times it becomes obsessive.  Anyway I did manage to take photos, but haven't had a spare moment to post until now. 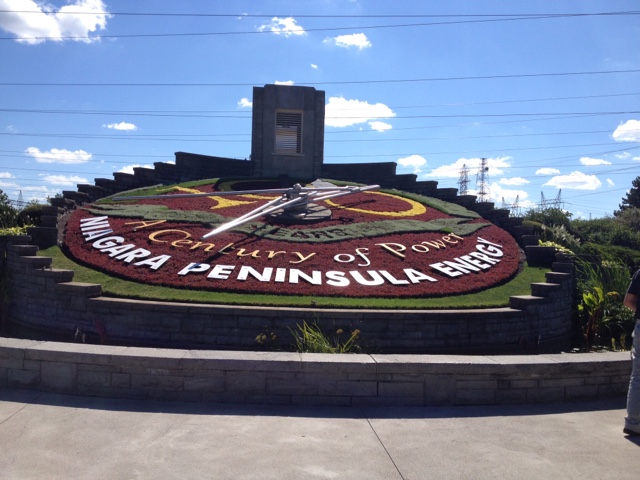 We started out checking out the Floral clock. I had to wait for a group of tourists to take a group shot, which I actually helped orchestrate. Yup always got to bed in the heart of the action! I was standing behind the photographer/tourist looking at the group and waving and getting them to say "cheese" so they'd smile, then I got the photographer to go sit with the group and I took pics of them.  Then they had me sit with them. After that I finally got my picture! 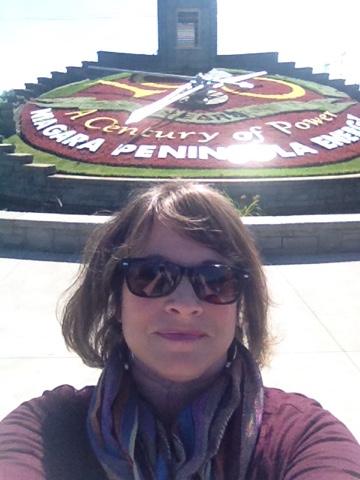 So let me explain the 'selfie obsession' when I am wandering its usually solo and I like getting a pic with something interesting, but usually moto man is off taking his pictures. I used to turn the camera around & try and snap pics, but the iphone makes it simpler. In most of our family pics I'm not in them because I'm the picture snapper, I usually mess up the self timer business. Anyway back to sightseeing. 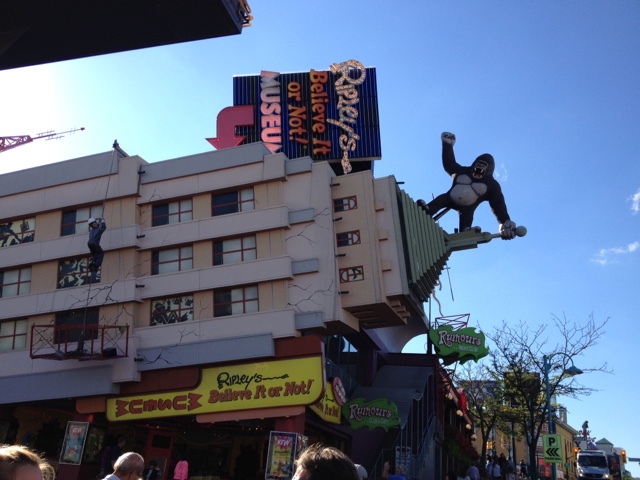 Scooterpie Jr wanted to go to the Ripley's Odditorium in downtown Niagara Falls. We spent the better part of two hours wandering through this strange collection of eclectic stuff. We actually quite enjoyed it and found it interesting. I tried to bug out my eyes, of course you knew I'd have to be goofy! Moto man just shakes his head and shuffles off. 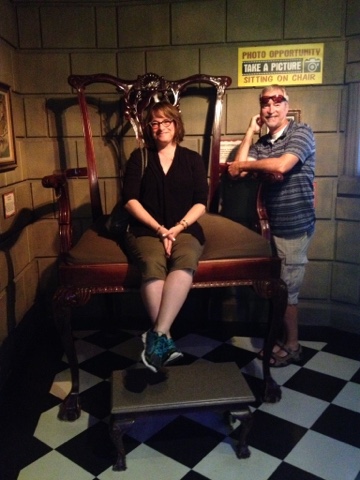 We took a picture in a giant chair which belonged to an extremely tall gentleman.  His shoes were massive. We saw a great deal of weird stuff, there were shrunken heads. Incredible art done on the head of pins and in the eyes of sewing needles. Two headed animals, have to admit some of the stuff weirded me out, but its fascinating to see what Mr. Ripley collected. 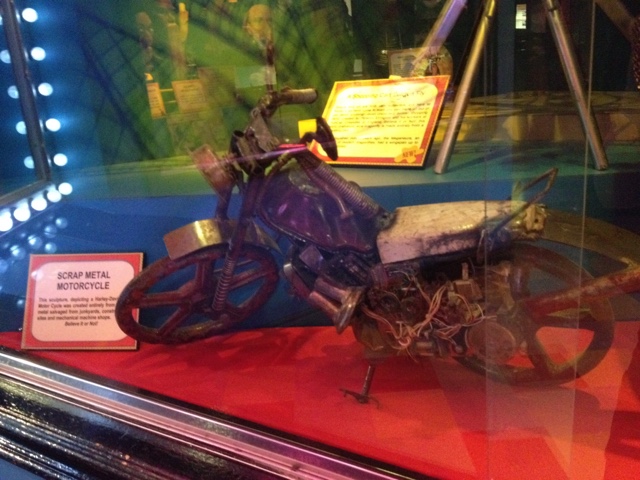 Found this cool little motorcycle made from scrap. 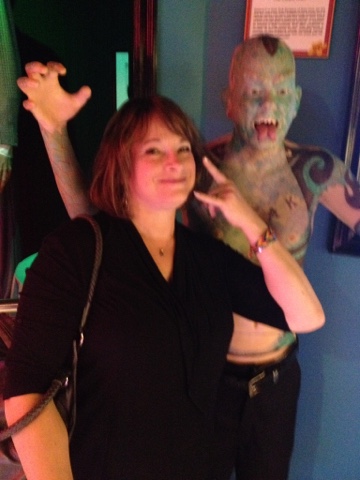 Of course I had to take a pic with this chap. There truly are weird, wild, and whacky things in this Odditorium. After the museum we wandered around a bit more & had a snack. I was on a quest for coffee that wasn't Tim Horton's, I finally found a Starbucks and had a double shot Americano, which was twice the price of the Starbucks at home (tourist inflation at its finest). 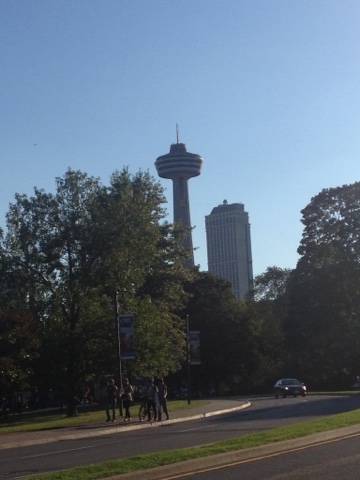 This was our landmark in Niagara Falls, the Skylon Tower, as long as it was in sight we weren't lost, (which hapoened a couple of times because someone wouldn't ask for directions). Thank goodness for google maps! 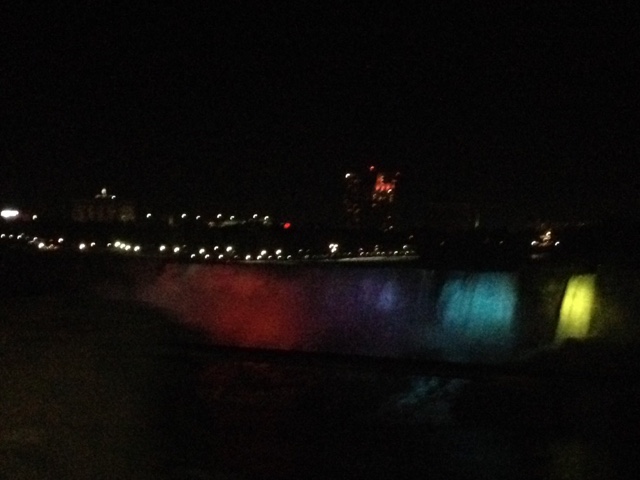 At the end of the day we drove by the falls, they light them up, but due to the parks police ever hovering we couldn't stop to take a decent photo. So it was a drive by phone out the window, fuzzy shot, at least I managed not to drop the phone. After that it was time for bed.
Posted by Dar at 11:12 PM

Email ThisBlogThis!Share to TwitterShare to FacebookShare to Pinterest
Labels: Adventure

I was wondering what other places you visited on your family vacation. The "museum" looked interesting. I have passed a number of those places over the years but never felt compelled to go in. Thanks for posting the photos.

Some interesting things you saw on the visit.

Ripley museums are a great place to wander. We've been to the one in Newport, Oregon but that was 20 years ago.

Glad you had fun ... couldn't bring myself to spend the entry fee to see what Mr. Ripley had collected, but then I wasn't traveling with an offspring last visit.