BLOG CHALLENGE!!!! Time to get your spring on! 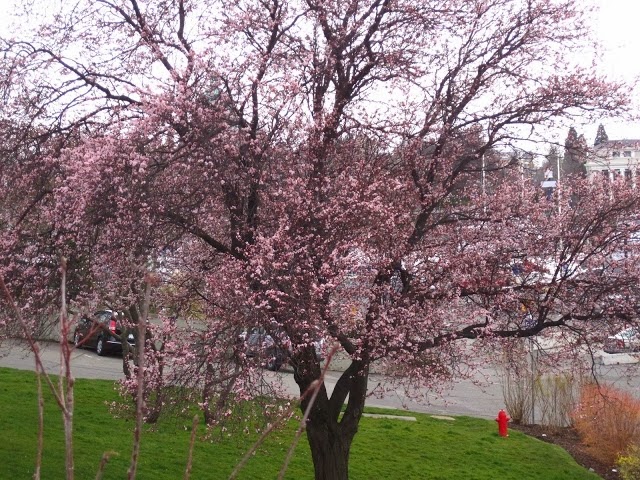 Okay peeps it's been forever since we have had a blog challenge!  Calling Fuzzy Galore !  Who is the queen of blog challenges.  This challenge is to post a picture on your blog of any sign of spring where you live - yup I know that a lot of you are still buried under snow & sub zero temps, but amongst all the freezing cold there has to be a sign of spring somewhere! Be creative, it doesn't have to be a pic of flowers or buds, but something that represents the coming spring to you. Yup I am looking forward to wearing these babies!  See how easy that was!
Posted by Dar at 10:25 PM 14 comments:

Getting tired of winter

I really have nothing to complain about at all when it comes to winter weather on the island.  We get cold temperatures from time to time, and a little bit of snow here and there, but I do get tired of the winter doldrums.  We are coming into the light with our progression into spring, it's nice to see daylight at 5:30pm almost 6:00pm now.  Waking up to a lightening sky in the morning is also heartwarming for me.  I am one of those people who find winter, even mild ones hard, I am a creature of sunlight.  I need it, I crave it, and don't do well without it.  I can now see the proverbial light at the end of the tunnel which brings me great joy! 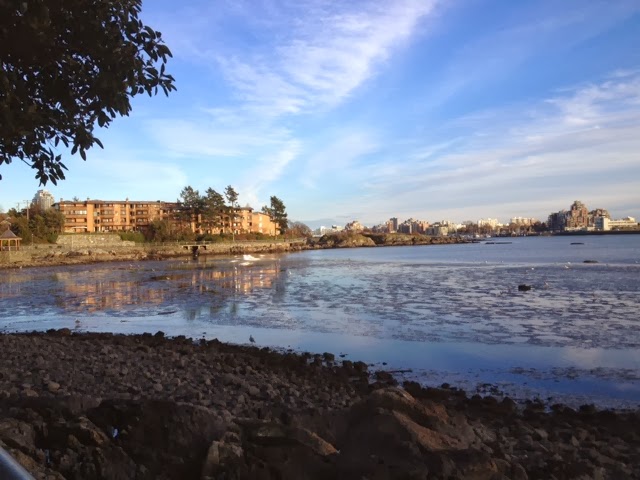 I was walking Poocha the other day and it was gorgeous out.  We had an ultra low tide and all the birds were feeding on the goodies at the shoreline. 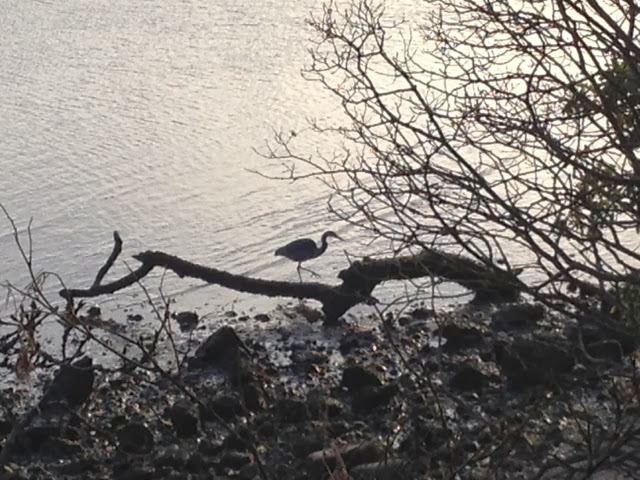 I managed to capture pictures of two blue herons feeding in the bay. 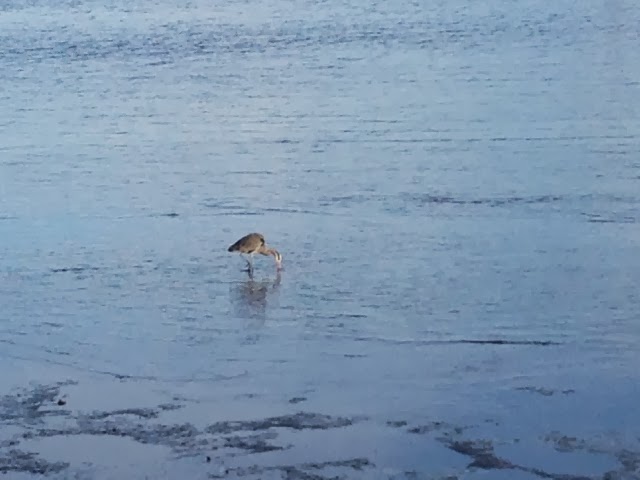 I also found this beauty hiding under a tarp on the way home, I think she feels the same about winter and is craving sunshine too. 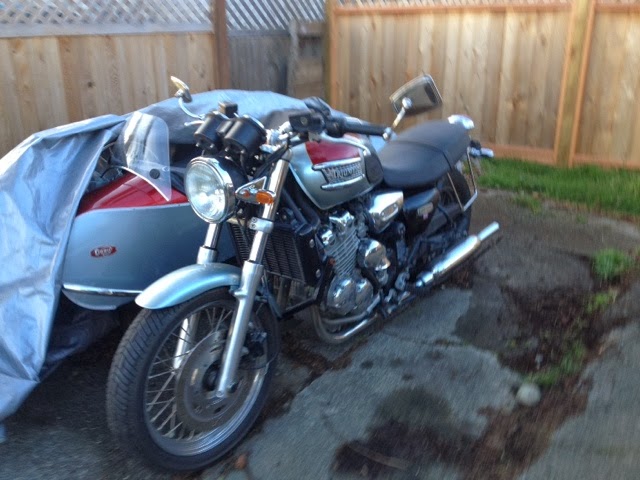 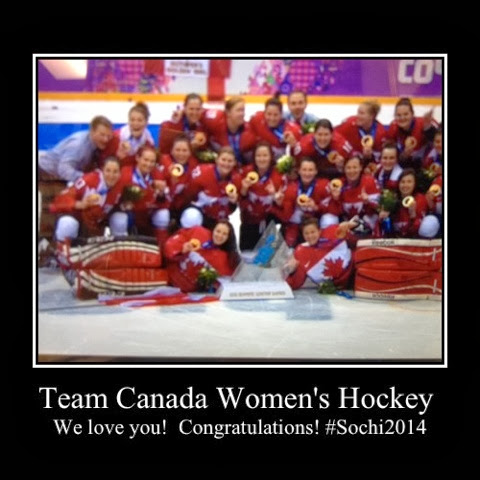 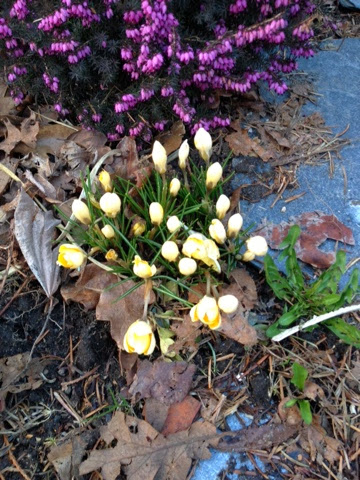 For all you winter weary souls out there.  Spring crocuses.
Posted by Dar at 6:31 PM 6 comments: 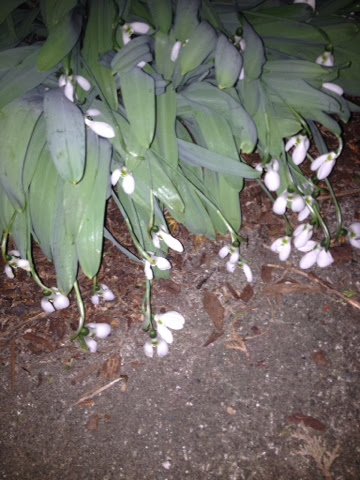 The only thing sadder in winter is droopy cold bitten snow drops, unless you are suffering from extreme minus temperatures and buried under mountains of snow, which is what most of the country is.  For the last week the weather peeps have been forecasting snow and lots of it for the entire Island.  It was certainly cold enough for it and this usually hardy moto soul was grumping quite a bit about it, I actually had to wear a scarf and a few extra layers (yup I am being sarcastic). I do know what real winter cold feels like, I used to live up North and have experienced -45 with windchill which put it about -75, NOW that is cold.  But the funny thing about northern cold versus lower mainland west coast cold is the dampness.  I would sooner deal with -25 temps any day than -10 here with the dampness. 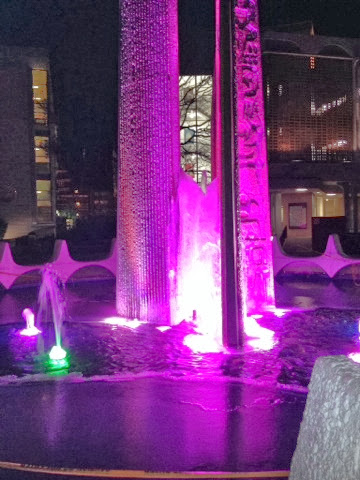 Saturday night I was downtown in the freezing cold and was by the fountain in Centennial Square and it was pretty frozen, thats how cold it has been here.
So we are having our second Family Day stat holiday and I was actually getting my head around it being a winter wonderland type of day and was looking forward to it.  I had gone grocery shopping and laid in supplies (2 packages of bacon) just incase 'snowmaggedon' hit the Isand, because honestly in Victoria even a few centimetres or an inch or two of snow can paralyze us for days.  EVERYTHING stops here.  My hub always teases me because I go into food hoarder mode at the mere mention of snow here.  I think he has forgotten the blizzard of 1996 where everything was closed down for almost a week and no one was going anywhere, luckily it was the day after Christmas so we were well stocked with goodies.  We lived on a  floathome at the time and it was pretty self sustaining. We heated with propane and had endless hot water and a running stove, our power was out, but it didn'tmatter we put all of our perishable food down in the hatch in the hulll and it was perfectly stored and cold.  The only thing we were in a constant state of worry was the weight of the snow accumulating on the house, snow is heavy.  At the zenith of the storm we were shovelling the deck & roof off every 20 to 30 minutes, that's how fast it was coming.  We also were worried about the dock system collapsing because then we would have been set adrift.  One floathome did sink because the owner figured all he had to do was throw salt on his roof to melt it, he got a big surprise, it was completely under water.
The storm was supposed to hit last night, but it had warmed up considerably and at 10:00pm last night it felt balmy almost warm, so I knew it wasn't going to happen.  Up Island however is a different story, they have been hammered with the white stuff and its still snowing in places.  I tweeted to a weather forecaster friend to ask if there was any chance of it happening here at all today and she said "No, but we will get sunny breaks" nothing wrong with that in my books. 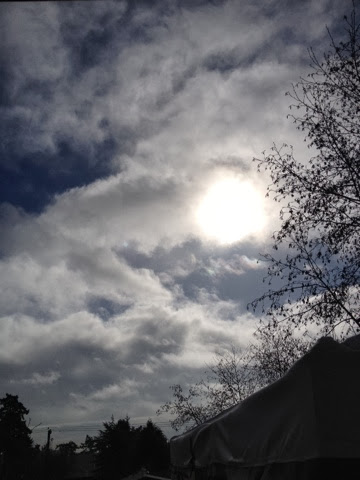 I think for now I am content to watch the olympic skiers and be glad snow is at a distance from us.  Oh and by the way Go Team Canada Go!  Gold and Silver in the Men's Moguls! 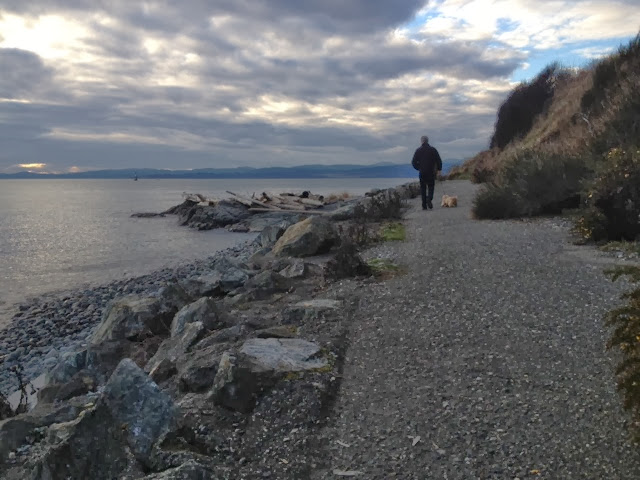 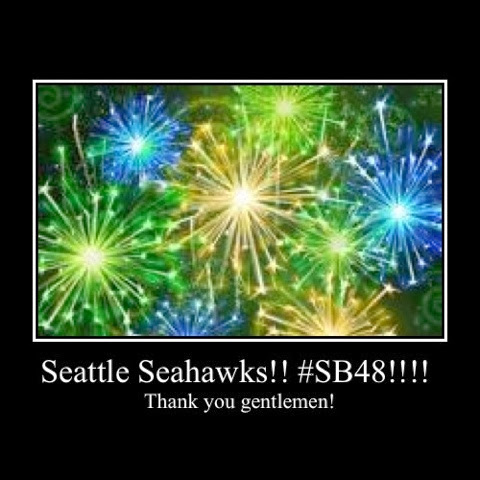 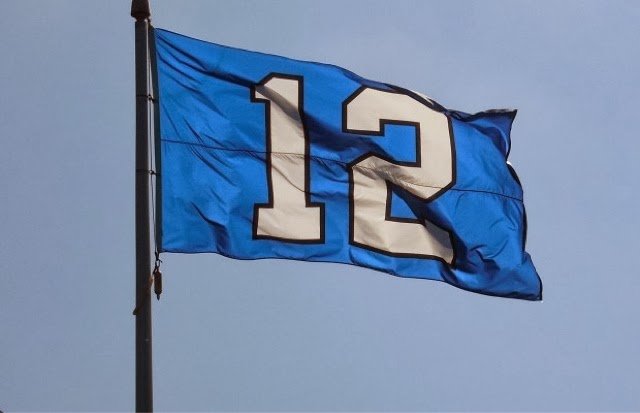