I am in love with my Instant Pot


I have never usually been one for fancy gadgets, unless it was a farkle for my bike.  I don't normally get excited about appliances, but wait for it - I AM IN LOVE WITH MY INSTANT POT. 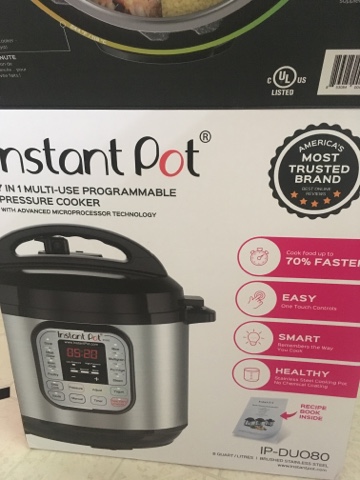 What is an Instant Pot you say?  It is a multi function cooker, it is basically an electric pressure cooker.  It will function as a pressure cooker, slow cooker, rice maker, steamer, and yogurt maker.  This gadget is gaining a cult-like following, several people I know have them and have been raving about them for months!  It cuts down the cooking time significantly, which is great for someone like me who is constantly busy doing stuff  or on bike adventures, teaching, or just plain busy.  Occasionally I forget to pull out stuff for supper and on those nights it's usually a free-for-all at may house and I generally give-up or give-in and we succumb to eating sandwiches or spaghetti or over cooked chicken because I nuked it to death to thaw it.

I have been contemplating getting one, but decided I would float the idea as a potential Christmas present.  So now this is where it gets weird, I've  been hunting to find the best price and in my experience I have found all the good sales on electronics and small appliances happen in October.  I spotted the 8 quart Instant Pot on sale at our local Canadian Tire, and it was a good sale!  So I mentioned it to hubby and daughter.  Then I called hubby a couple of times and sniveled and pleaded my case (he is getting pretty tired of hearing about the Instant Pot).  So all I could do is hope! 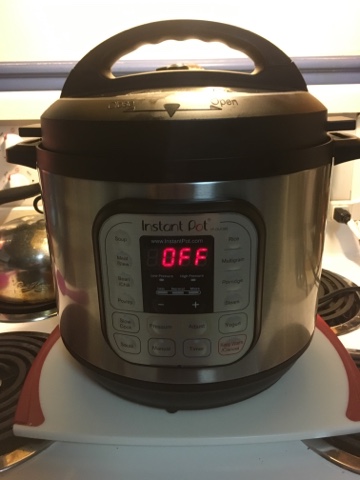 He was working on Saturday all day and as I was slogging through making another abysmal supper him and Scooterpie Jr came into the kitchen and said "Pretend it's Christmas.", when I turned around there was the Instant Pot!  Well I actually whooped and did a little happy dance.  I am so excited!

On Sunday I decided to give this crazy thing a go, read all the instructions, and set it up! I was going to be adventuresome and try a pot roast with potatoes and carrots.  (I must admit to being a little overwhelmed and feeling a little trepidation, because my granny blew an old fashioned pressure cooker through her ceiling)  In the end my pot roast was fabulous and instead of taking close to 2-2 1/2  hours and many pots used, the actual cooking time for the roast was 50 minutes and 10 minutes for the veggies.  It usually takes a few minutes to vent the pressure cooker so all in all I would say 70 minutes.  The roast was tender, veggies cooked and it was yummy. 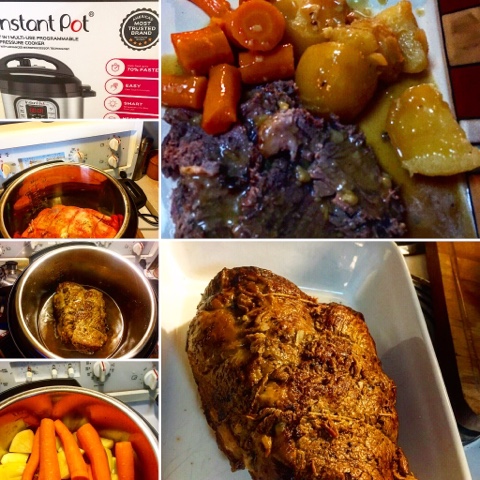 I liked cooking in it so much I decided to try some steel cut oats, they were amazing!  I am so excited about my kitchen Farkle! 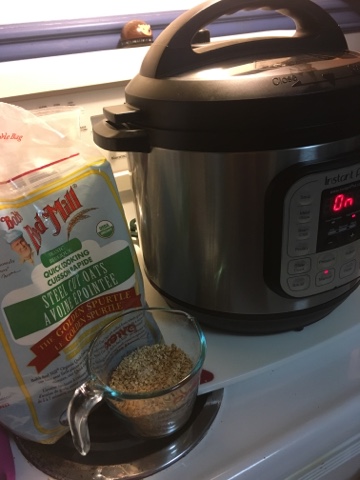 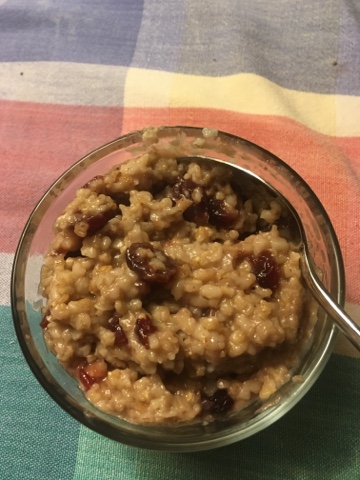 Spam and we aren't talking the crappy canned lunch meat

Due to the amount of Spam being posted to the blog, the comment moderation has now been turned on.  That is all.
Posted by Dar at 12:43 PM 4 comments: