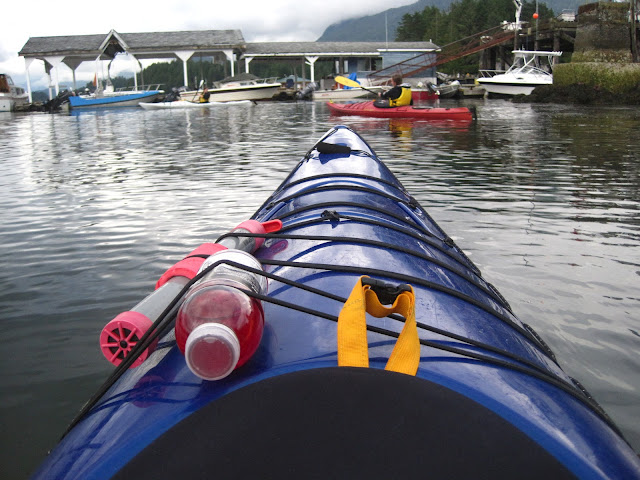 Last year we went kayaking for the first time and it was amazing, so we decided to do it again this year.  When we booked the trip it was a brilliantly sunny morning and as we left the fog and clouds started to roll in.  We paddled around Clayoquot sound and it was fairly calm.  Our kayak tour was with Paddle West and our guide Nick was very knowledgeable about Tofino and wildlife.  When we were between the islands there was a little wave action happening and I have to say it got my heart pitter pattering a little and I was definitely feeling vulnerable.  It was a lovely night, we saw some eagles, a raccoon trying to wrest some mussles off the shore.  There were starfish aplenty and Coho were jumping all around us -if only I had a net! We were out there paddling for about 3 hours and it was fabulous.  I think a kayak is in my future. 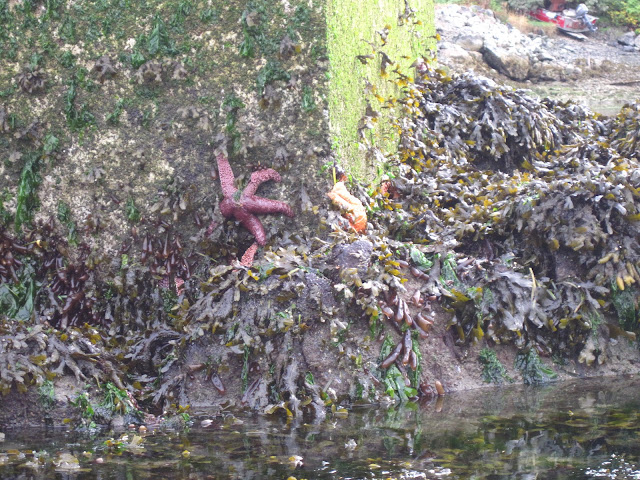 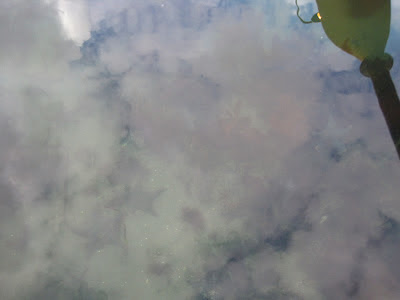 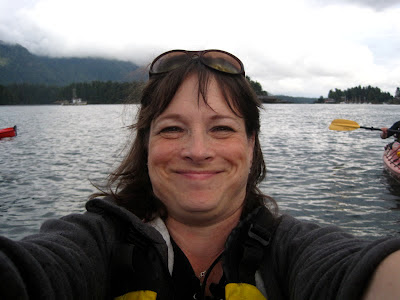 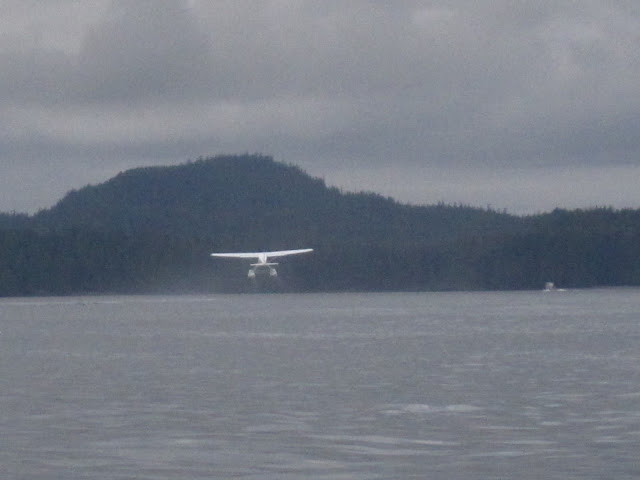 I thought motorcycling caused anxious moments, but I have to say the waves created by a floatplane rock the kayak something fierce. 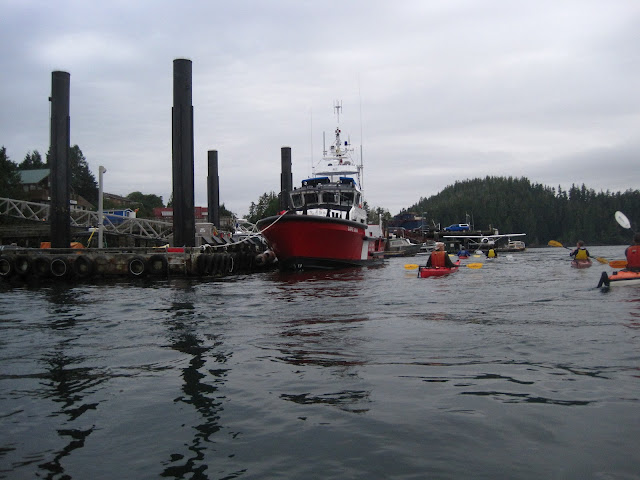 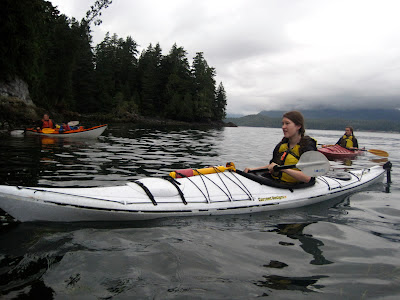 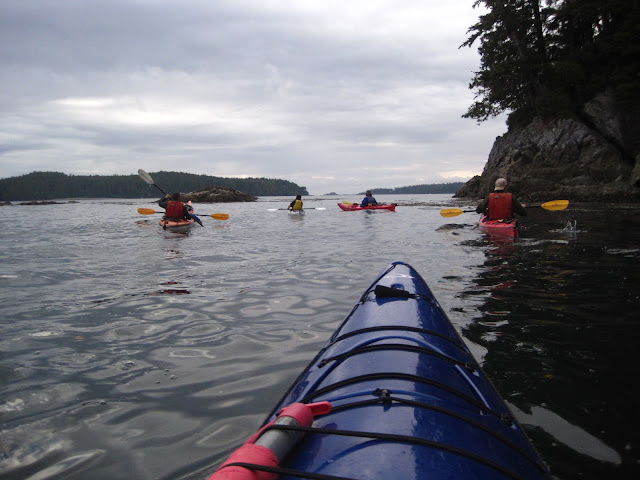 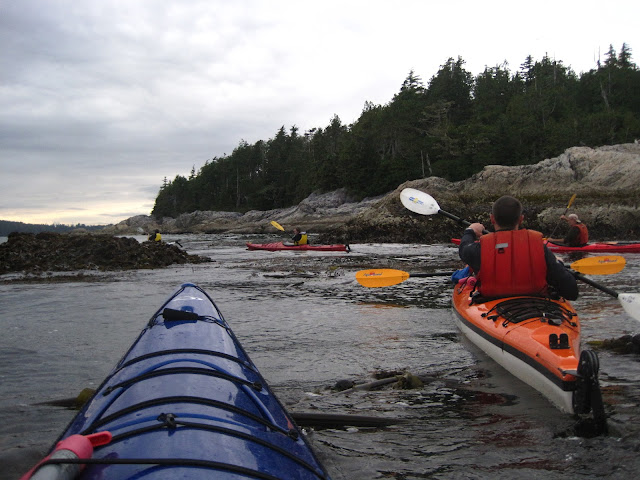 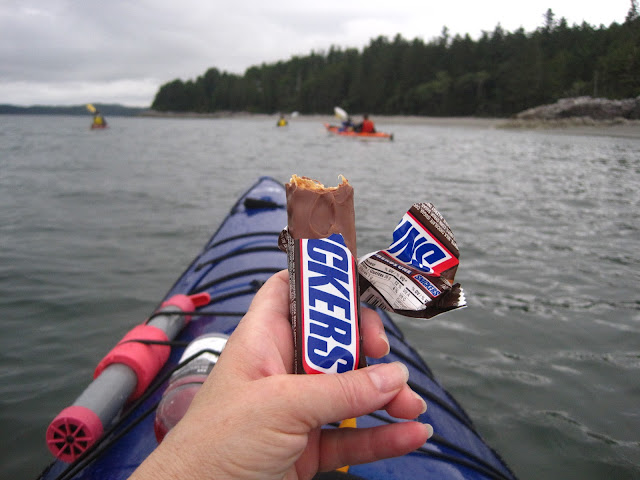 I needed a little recharge, but had to do some contortions to get at it, almost dumped the kayak. 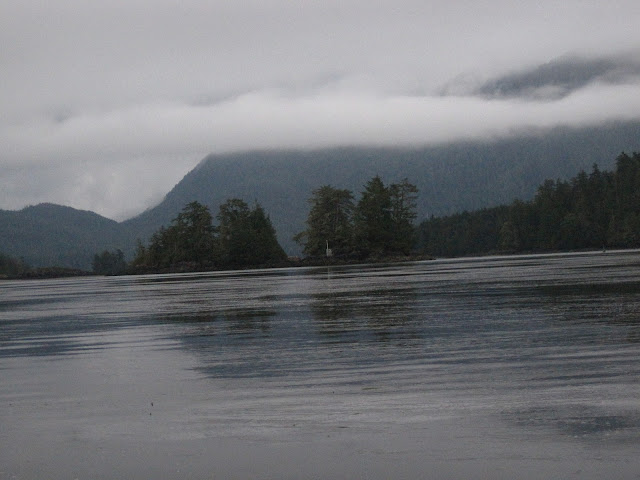 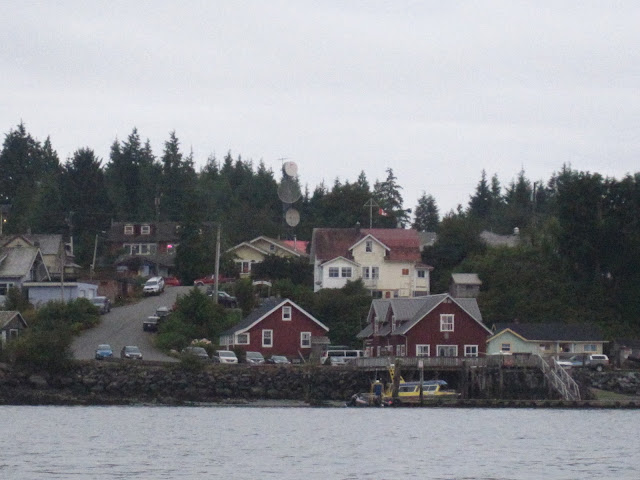 Tofino from the water. 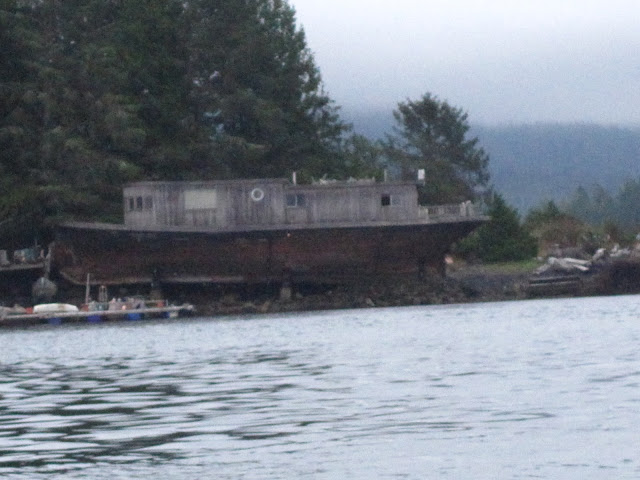 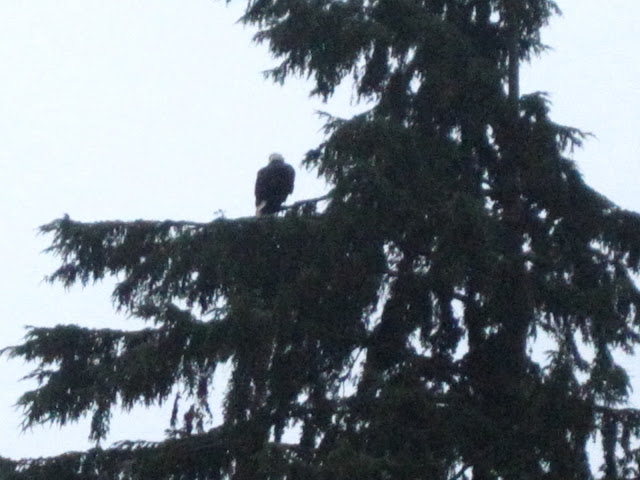 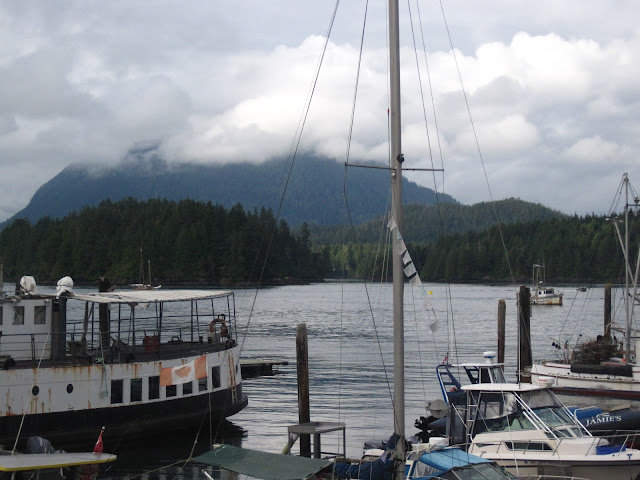 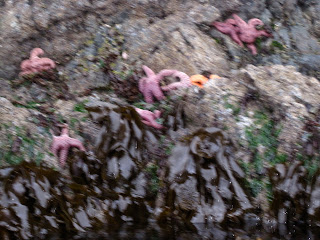 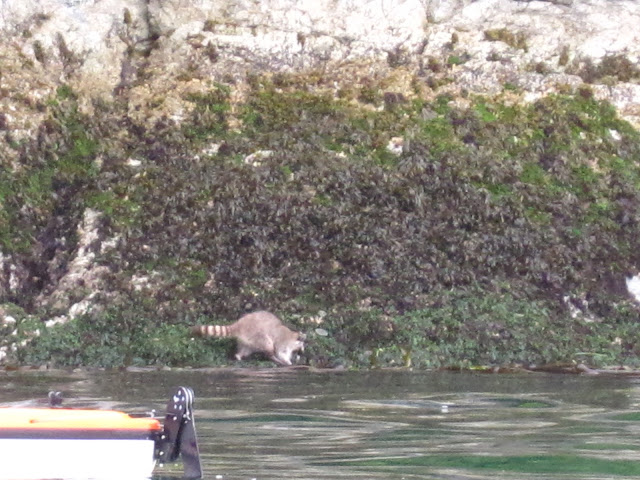 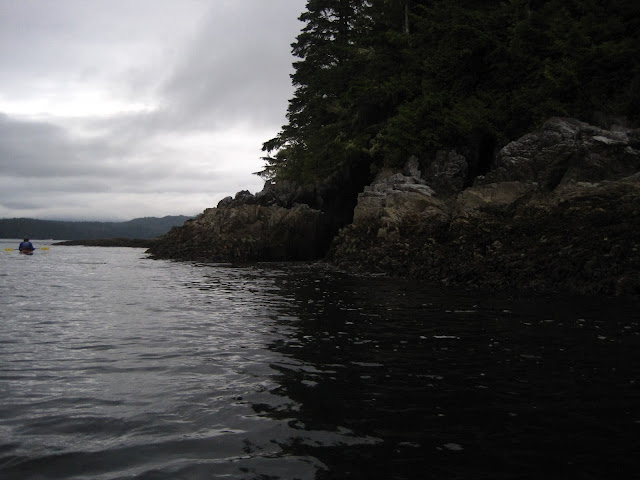 Email ThisBlogThis!Share to TwitterShare to FacebookShare to Pinterest
Labels: Tofino

Awesome kayak trip! Gorgeous scenery.
I wish I was there!!
This is the kind of waters I'd like to paddle. Sadly Dh doesn't share this passion. (He likes twisty rivers instead).

Looks like fun. I haven't done a lot of kayaking but think it is a cool activity.

On the few occasions I've been kayaking I've never seen a bald eagle or racoon...

Kayaking, the other thing that motorcyclists seem to love just the same.

We haven't done 'real' ocean kayaking yet, only out and about on the inlet where the swells are predictable.

Riding the water is indeed fun. When the kids were younger I had a canoe and we used to go up north and paddle down a nice little river that had plenty of twisties and a little white water thrown in. The kids liked to jump in the water and float along side for stretches. We came across a deer once, not to mention one time when we came through some white water,made a sharp turn across an eddy and came to a sandy beach with a bunch of young ladies taking the sun in their birthday suits. Those were the days!

Great pictures ... and choice of snacks!

That looks like a lot of fun. The big waves, maybe not so much.

We have a canoe but have never taken it into open water. Seems a little scary.

Nice that you got to see some wildlife too.
At least without the sun blistering down on you weren't blinded by a glare off the water.

What a wonderful time! And a great big happy smile. Looks like a lot of fun.

Oooh, you're a brave one! I'd be afraid I'd flip it over and get stuck upside down!

Maybe one of those "flatish" ones would work for me and my chicken-hearted ways.

Glad you guys had an awesome day!

What a beautiful area...

Bluekat - I am not sure I would enjoy kayaking twisty rivers, as that usually entails fast water. I may be daring, but prefer my twisties on dry land!

Andrew - I love kayaking, I just don't do it very often as we don't own any :( I may have to remedy that soon. We saw several bald eagles which was awesome. I am not sure what I would do if an Orca surfaced by the kayak, I think I would probably have a heart attack.

Sonja - it was pretty awesome and very quiet that day. That is truly the thing I love most about kayaking is the quiet. I can honestly say I don't think I would like to do open ocean kayaking because what few swells did come through were a little disconcerting to me.

David - I remember going canoeing on the Boe River in Alberta with my sister, mom and dad when I was a kid. It was awesome, we followed a beaver down the river and it was a lot of fun. I think I could just as easily be happy in a canoe too versus a kayak.

Trobairitz - I recommend NOT taking a canoe into open water, at least with a kayak you can roll it over again, canoe not so much and I think it would be a little scary. It was the perfect day, not too hot and not too cold. I would have liked it to have been a little brighter, although it added to the tranquility of the trip.

Westvanz - Hey buddy good to see you around here! Could have used 2 snickers!!!

Martha - it was a wonderful time, at the end everyone was a little tired and at one point we were just floating taking in the vista and it was pretty magical.

Deb - I think the flatish ones are for rivers. These were ocean kayaks. They explain what to do when you flip and to grab the tab on the spray skirt. I was a little nervous at first, but it didn't last very long.

I would have dumped the kyak to get at that snickers. They are mt favourite chocolate.