The blog has been a little slow lately, been busy, but also suffering from a lack of motivation - hello winter nice to see your dreary gray soggy rain ladened days. I did however make it to a local vintage Japanese motorcycle show at the end of September I met some very interestng peeps and one fellow in particular with a very old yellow goldwing. He was so animated and told me how his wife thinks the bike is his mistress.  It was quite funny listening to him talk and tell stories of his bike adventures. 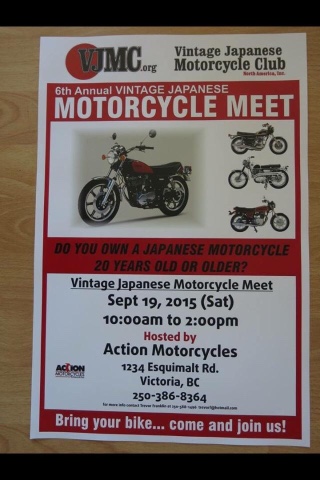 Quite often when people think of vintage they think Harley, Norton, BSA, Indian and the list goes on. These bikes a beautiful in their own right, but there are a whole subset of bike lovers who prefer Japanese vintage.  I do! My first ever vintage bike was a 1984 Honda CM450 custom, that was my girl Lucy. Then came my beautiful Scarlett my 1985 Honda VT500e and then the wee little 1984 Honda CM250 which is currently in my name, but waiting for someone special to ride her, yup Scooterpie junior. There is a certain appeal to Japanese bikes, the style, the innovation that was sparked in the 60s and 70s.  Honda becoming known as Big Red was busy creating bikes for every level of rider and marketing them with lovely ads with slogans "You meet the nicest people on a honda" they were going after the suburban house wife, families and young people who had a new found spending power. 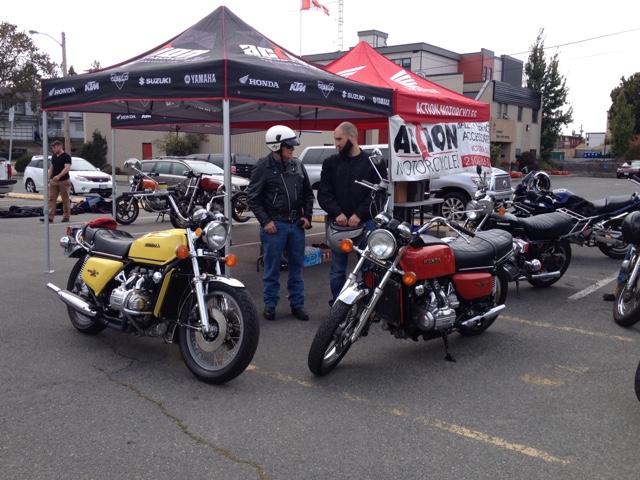 The fellow standing closest to the yellow Goldwing was regaling us with tales of his youth and his love of this bullet proof bike and he has traveled many a mile on this baby! Then the young'in pulled up on his red wing and they got into some serious bike chatter. 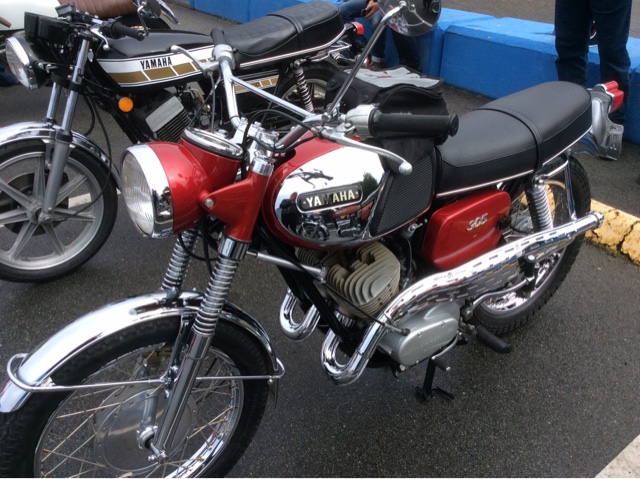 This beauty caught my eye, a father and son worked together to restore this beautiful bike. 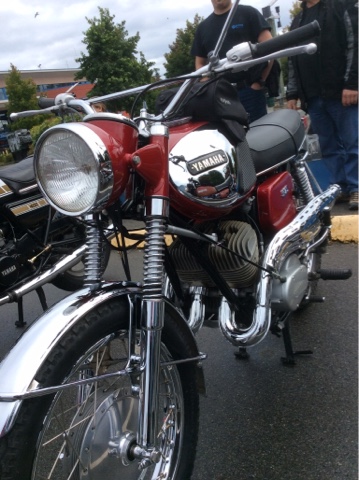 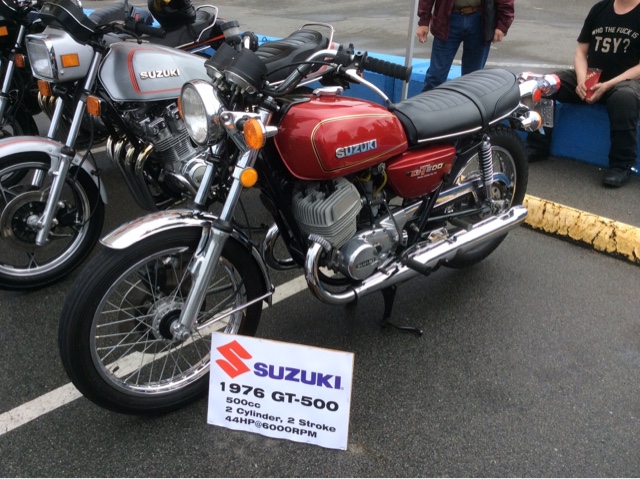 All of the bikes in the show were lovingly cared for, some still in original state showing their vintage patina. 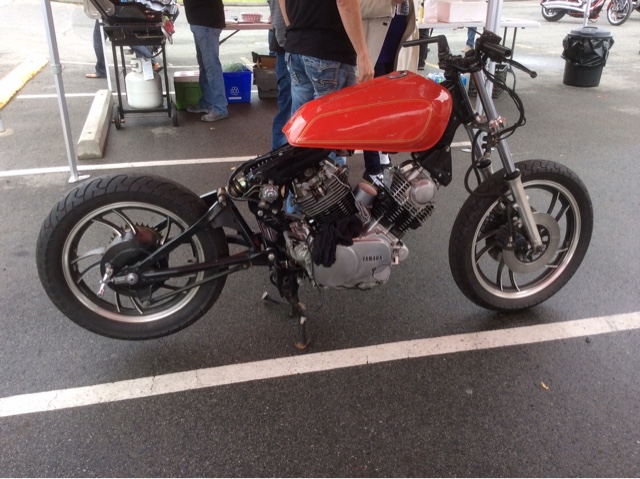 Still needing a bit of work. 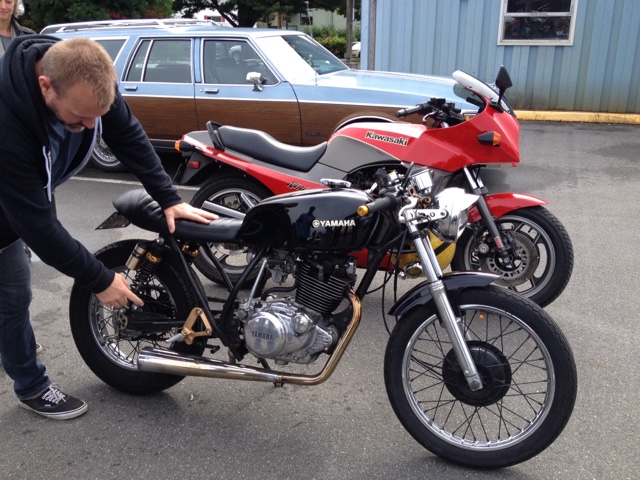 Email ThisBlogThis!Share to TwitterShare to FacebookShare to Pinterest
Labels: motorcycle

I was always a Yamaha fan. Why? Dunno but I think back to the XS650 and the 750 triple and even their two strokes, not my scene but amazing machines. Better than the Nortons and Triumphs of the time.

Oooh some pretty machines at the show.

I think that all vintage bikes are beautiful, Dar--not only for their sheer eye candy value, but because--as with human beings--they have made the modern possible. Without the one hundred years of motorcycle experiments and engineering, we wouldn't have the amazing machines we ride today (I guess that's stating the obvious, though).

Ry I couldn't have said it better myself!

Golly. Reminds me of the motorcycles that guys rode when I was in high school. Vintage? Eeek.

This is a fascinating article about some really cool bikes!